It’s the spooky season, and that means ghost, ghosts, ghosts!! But even ghosts have to follow the rules, so together we sort through all of the ghastly guidelines the ghosts of comics must follow! Can ghosts change clothes, or are they trapped in the outfits they died in? How do you explain the ghosts of characters who were retconned to have never died? How vengeful must you be to haunt the land of the living? All that, and we decide… whoooOOOooo is the greatest ghost of all? (And enjoy listening as that debate devolves into madness!) 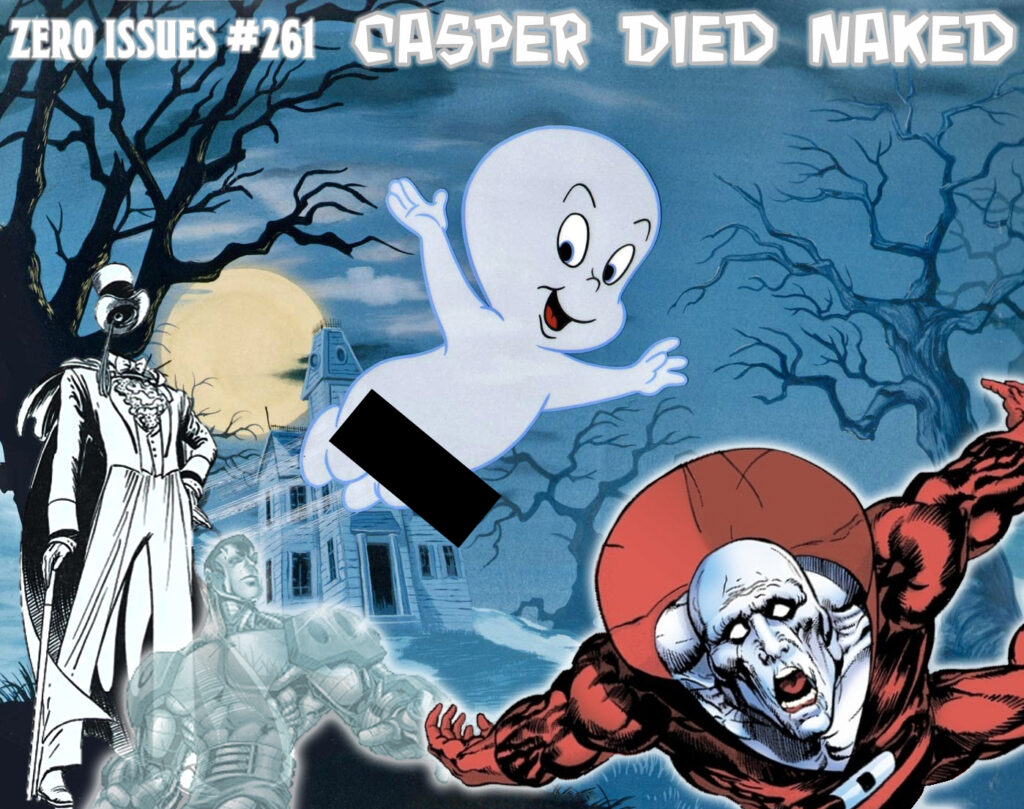 Our annual Halloween Special is here and do we have a special one for you tonight!!! Not one but TWO dramatic reads of two devilishly divine horror comic tales! First up is “Nightmare World” written and art by Basil Wolverton (from Weird Tales of the Future no 3, 1952-so you KNOW they got the future right!) and “Corpses…Coast to Coast!” from Igor Studios (originally appearing in Voodoo no 14, 1954-with a title like that, how could we resist!?!). Of course we dramatize it utilizing the deepest depths of our classically trained comic dramatizing skills! Join us for this, poison mayo, the Russo Brothers and a horrible ‘special one time halloween theme (that will never be used again, but is for the bad movie lovers in us all).

Are you ready to get spooked out of your goddamned minds? This week we watch Man-Thing, the hottest Marvel movie of 2005 (look, the only competition it had was that Fantastic Four movie with Michael Chiklis). It’s free on Youtube! You can just watch it! It’s as if they know they aren’t going to be making the other $29 million of their $30 million budget back.

Also: who’s in charge of putting out bad Marvel stickers now, what are the highest-selling comics (and highest-selling places where you can buy comics), and who wants to play the Penguin now? 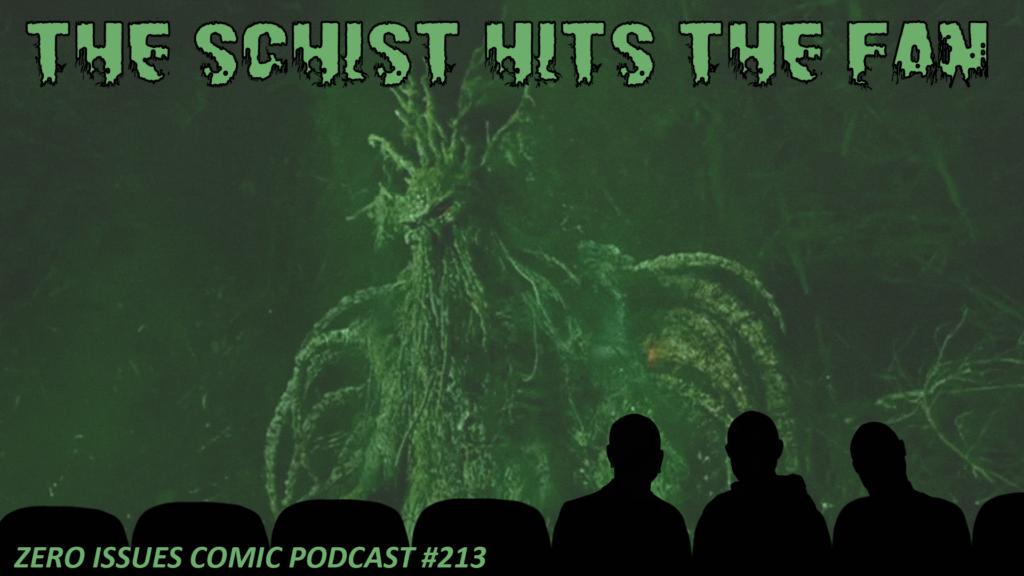 It’s that time of year so break out yer spooky face and join us for the Hypno Hustler Halloween Special! Find out about a (not) possible Deadman show with Scott Bakula & Jennifer Love Hewitt! Learn how to get Morgan Freeman to play a ghost! Find out if Gentleman Ghost is an ol’ timey racist! Hear the pitch for the newest Netflix Archie like show with everyone’s favourite dead kid! Plus… Crossed! Howling Commandos!Woody Allen as Carnage! All purpose killing people guy! Sabrina! Gritty, street level Trigon! Macho Wolf Man! And really soooo much more…. including not one but 2 ridiculous songs! And one’s about Bry in the tub… no…. wait… come back…..it’s a bubble bath….

It’s the 13th day of the Zero Issues Advent Calendar spectacular, and you know what that means… it’s time to talk about Halloween! (Listen, we missed October this year, just go with us on this one.) 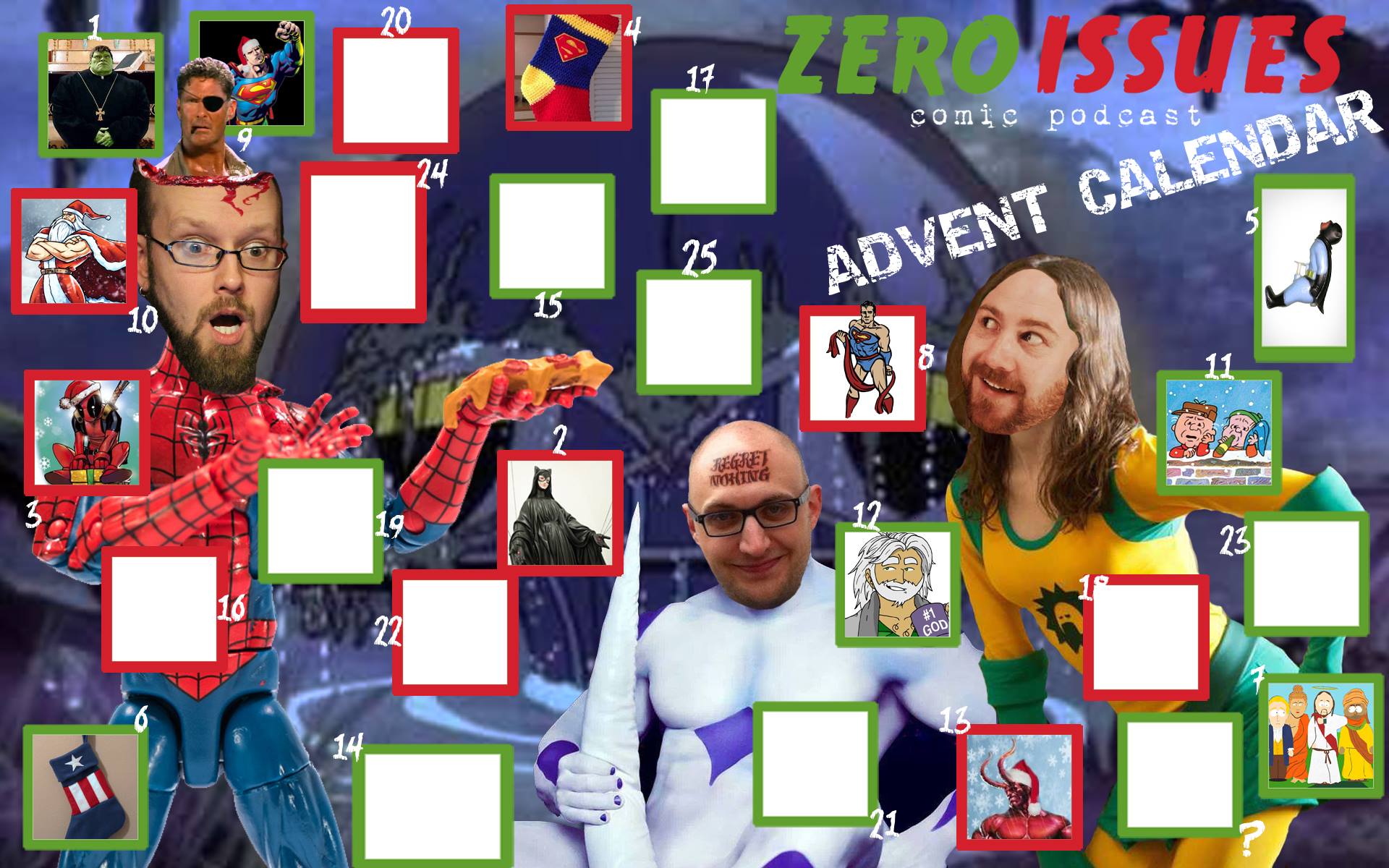 MmmmBLAH! Welcome to an episode we’ve all been waiting months to do, our horror one! If only we could do this more than once a year! We cover the history of horror comics, get a peek at Merk’s Giant Size Man-Thing, see what kind of spooky stuff we’re all into currently, and even talk about things other than comics quite a bit! The terror! The horror!