Holy smokes, did you know there’s a new Batman movie in the works right now, helmed by Matt Reeves and starring Robert Pattinson? So I guess there won’t be anyone else playing Batman after this, he’s the last one, nobody else will ever play Batman.

Despite this, we do our best to recast Batman and his allies and enemies, just in case they do ever decide to make another Batman movie. Y’know, just in case!

Plus: Dan DiDio’s ousting from DC, all the hot ToyFair news, the cast reveal for Kevin Smith’s Masters of the Universe: Revelation, and Kyle tells us about The Fourth Planet, a comic series from someone we aren’t attempting to fource a bitter rivalry with.

Ryan Mackett, the TBay Movie Guy, joins us once again! In honour of Father’s Day, we celebrate all the best dads and father figures in comics – your Uncle Bens, your Pa Kents, and all the other Dads and Honourary Dads that inspire us to be our best selves and tell us to stop screwin’ around with the thermostat, dammit. And there may be a Dad Quiz! That’s right: DAD QUIZ!

But first, we dive into the news (and inevitable controversy) of Robert Pattinson’s casting as Batman, and then submit Mr. Mackett to a barrage of random questions! Things get personal, we connect, it’s all very lovely. 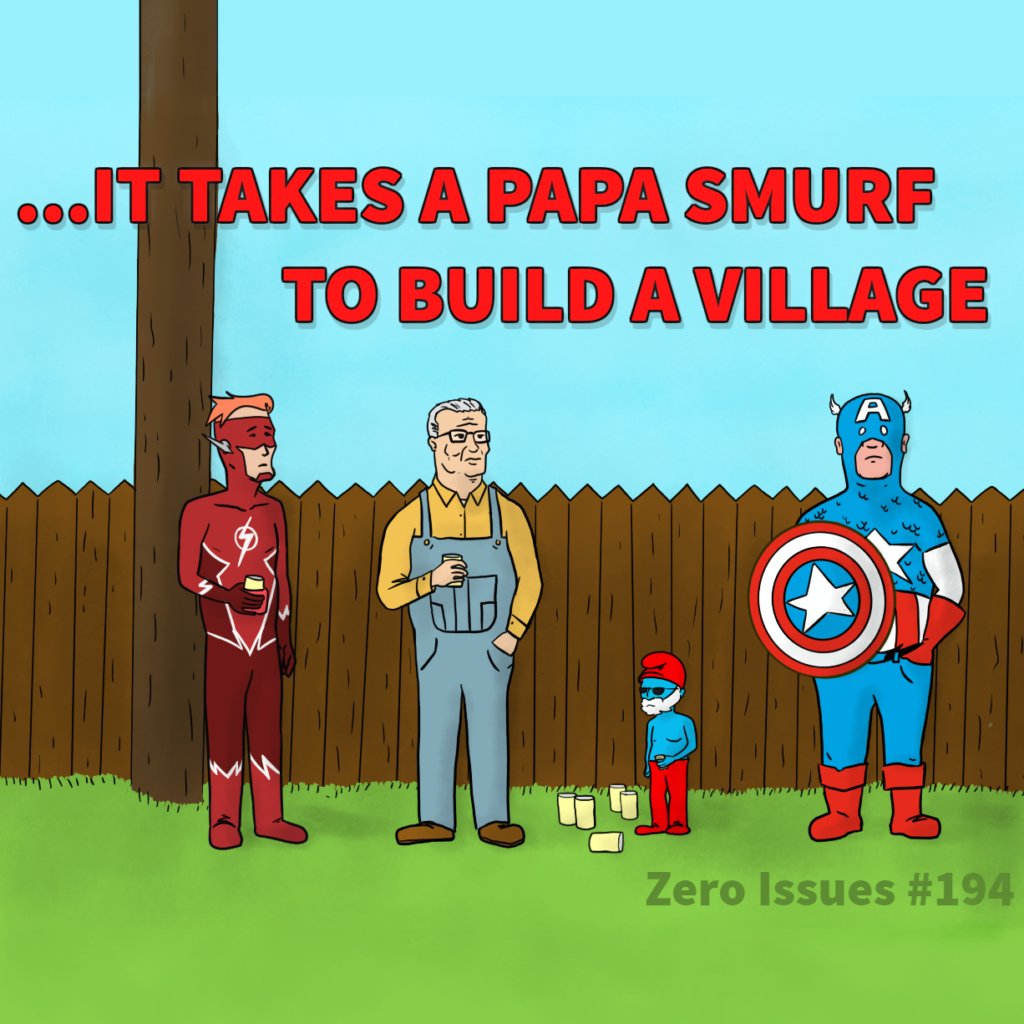