It’s resurrection time!! This week we talk about the age ol’ comic traditions of coming back from the dead! Sometimes done well, and sometimes…..not. And sometimes it’s Aunt May. Plus a load of news from Predator cancellations, to the Marvel/Random house deal, the Black Widow announcement (mark) ruffling feathers, Raphael Grampa making a butt load of moolah, DC movies getting axed and the Black Adam film being announced…. again… All that and Bry talks about the trials and tribulations of collecting. Join us as we resurrect this podcast each week! 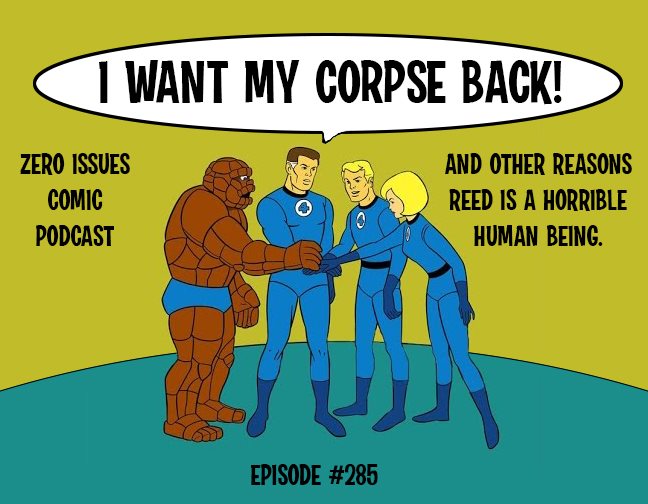