The lightning strikes once again! Last week was a longer episode, so this week it’s all random rapid-fire topics! We’re pit in a fight-inventing grudgematch between Prince Robot IV and Wolfsbane, under caaa-razy circumstances, and we decide the victor! We recast “The Eternals” with the great comedy actors of literally any era! Batman: Soul of the Dragon is a movie we think you should watch… now! Bry quizzes us with which Spider-Verse variants are real or fake! Kyle gets in on the quiz game as we have to guess if a list of characters were alive or dead in the year 2000! And then Merk steals the quizmaster crown to test our knowledge about what bizarre Defenders villains existed or not! All this and… wait, no, that’s it. That’s the show. It’s plenty of show! 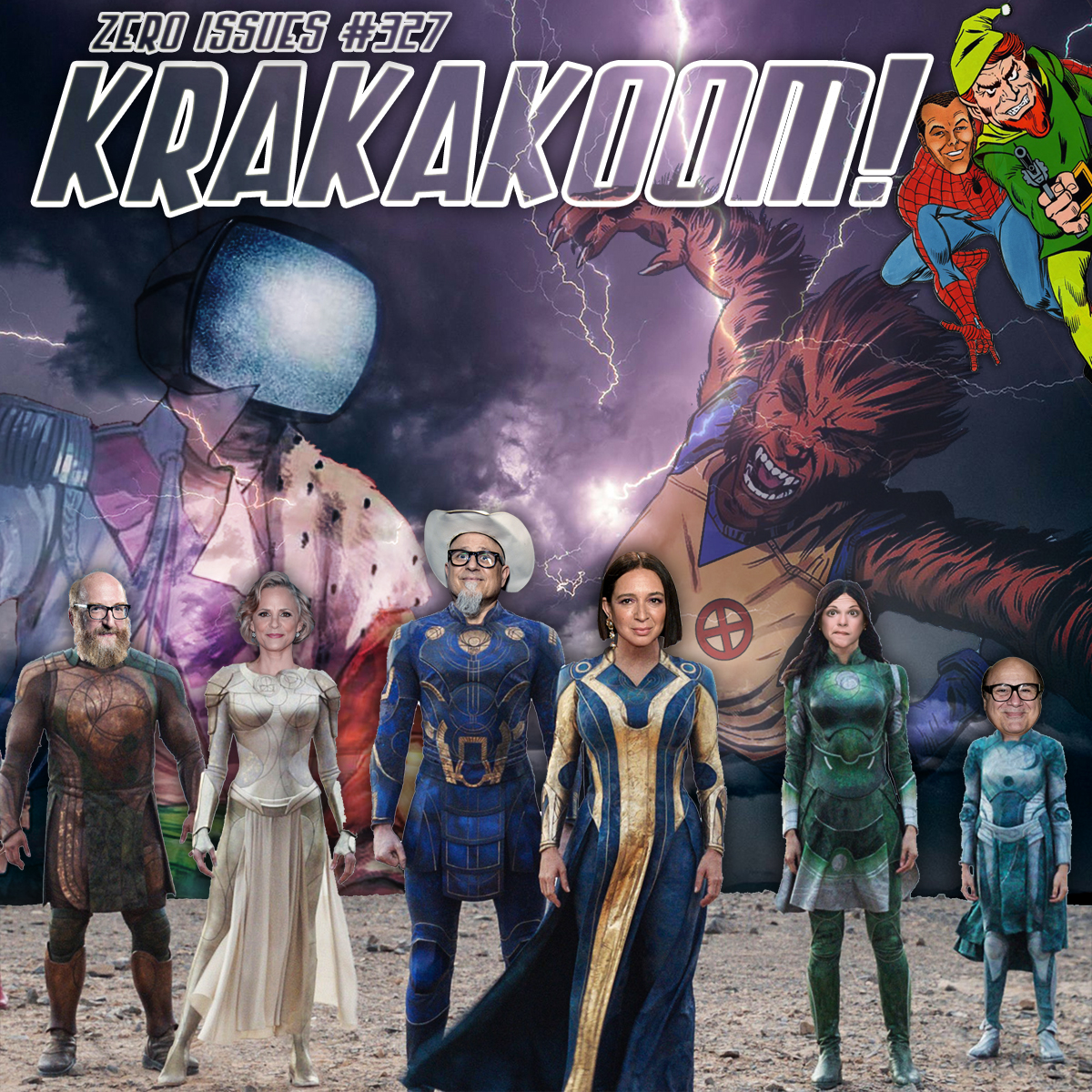