Batmen! Batmen! Batmen! Say it three times in a mirror while holding a baby robin and a bat in your pants … and nothing happens. Well maybe rabies. That’s another urban legend.
This however is the legend of the Batman! Or Batmen, rather, as we discuss all the bat-movies and all the bat-people. We ask questions like ‘What do Batman movies keep getting wrong about Batman?’ or ‘Which movie makes Gotham Gothamy enough?’ And we go through a series of hard hitting questions, ranking the Batmen to deem who is on top! Questions of batmobiles, who has the best butt, the best nipples and who would win in a fight (and many more ridiculously insightful tidbits)? So join us to get your Gorshin Portion, a peek at the Gotham waterslide, and figure out what’s your Keaton number? 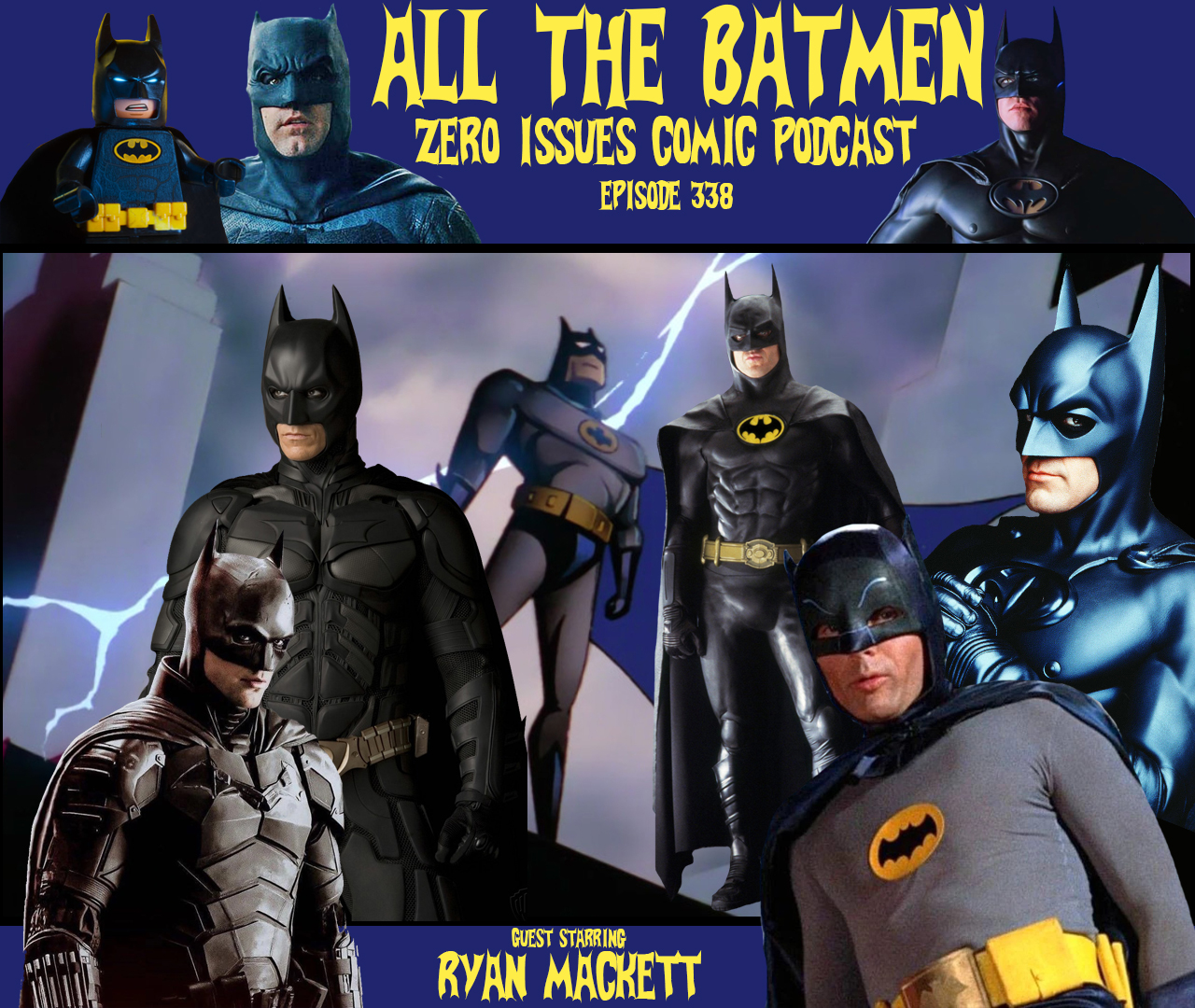 Just because March is over, doesn’t mean we can’t pit things against each other! This week, we’re looking at DC’s Round Robin for 2022, and picking the books that we want to see! We desperately want John Constantine and Etrigan to have a wacky vacation, because they deserve it. We crave, CRAVE, a Looney Tunes-esque Darkseid/Captain Carrot adventure. We don’t really care about the idea of “what if Suicide Squad but dark?” And so on. Listen now! 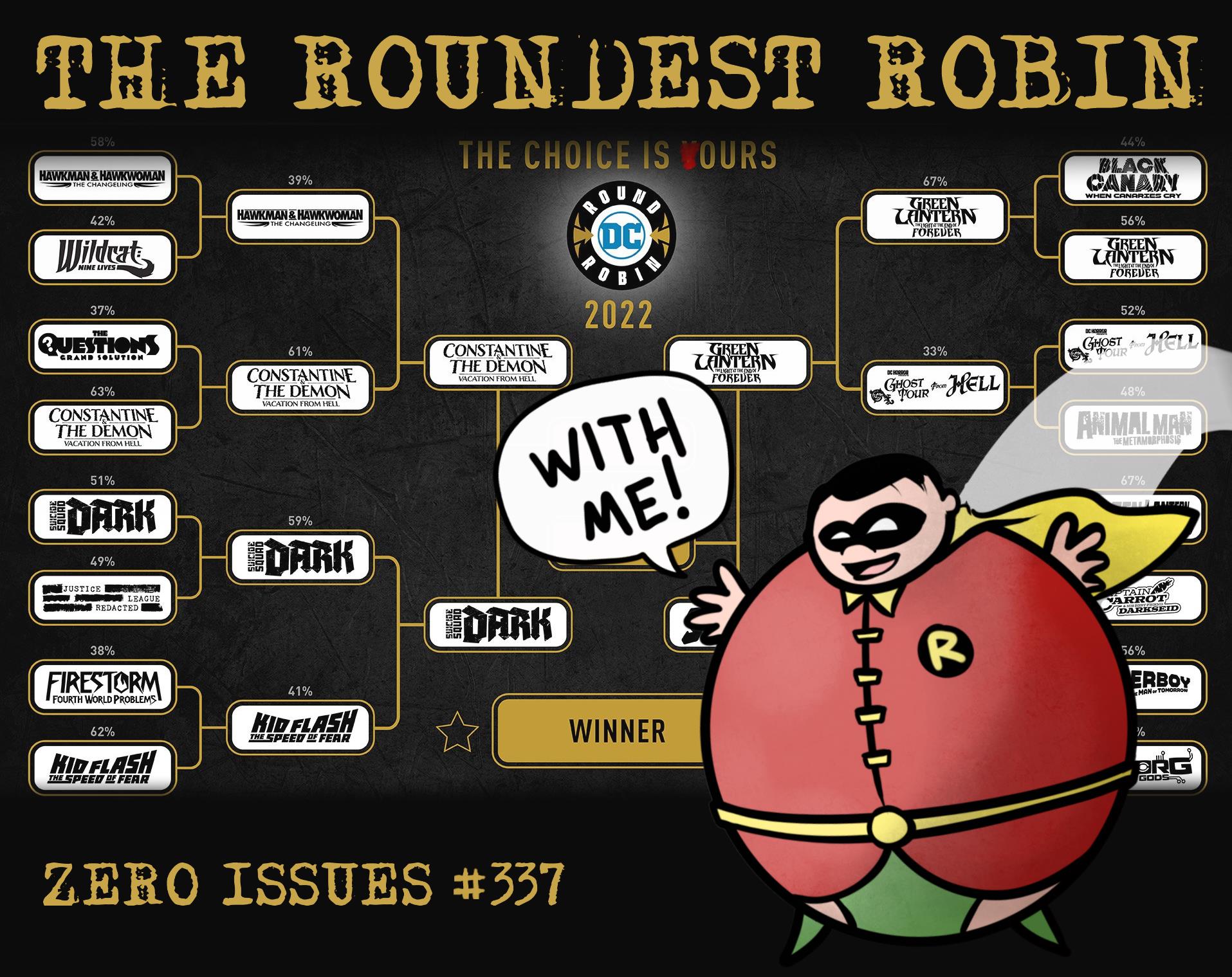 IT’S TIME FOR ADVENTURE! Join us for a very special episode as Kyle steps into the sweet spider-chair of Madame Web to guide us on a role-playing game called “SPIDER and MAN” (as found on the wilds of Reddit)! Merk becomes Sticky! Bry becomes Skull Spider! Two Spider-Men of the Spider-Verse, tasked with protecting the Cosmic Cube! But when just entirely too many Green Goblins and Hobgoblins and Demogoblins (oh my) come gliding out of the woodwork to capture the Cube and plunge the multiverse into chaos, can our mismatched duo of Spider-Dudes roll the right dice to save the day? There’s only one way to find out: listening to this episode! This sticky, webby episode. 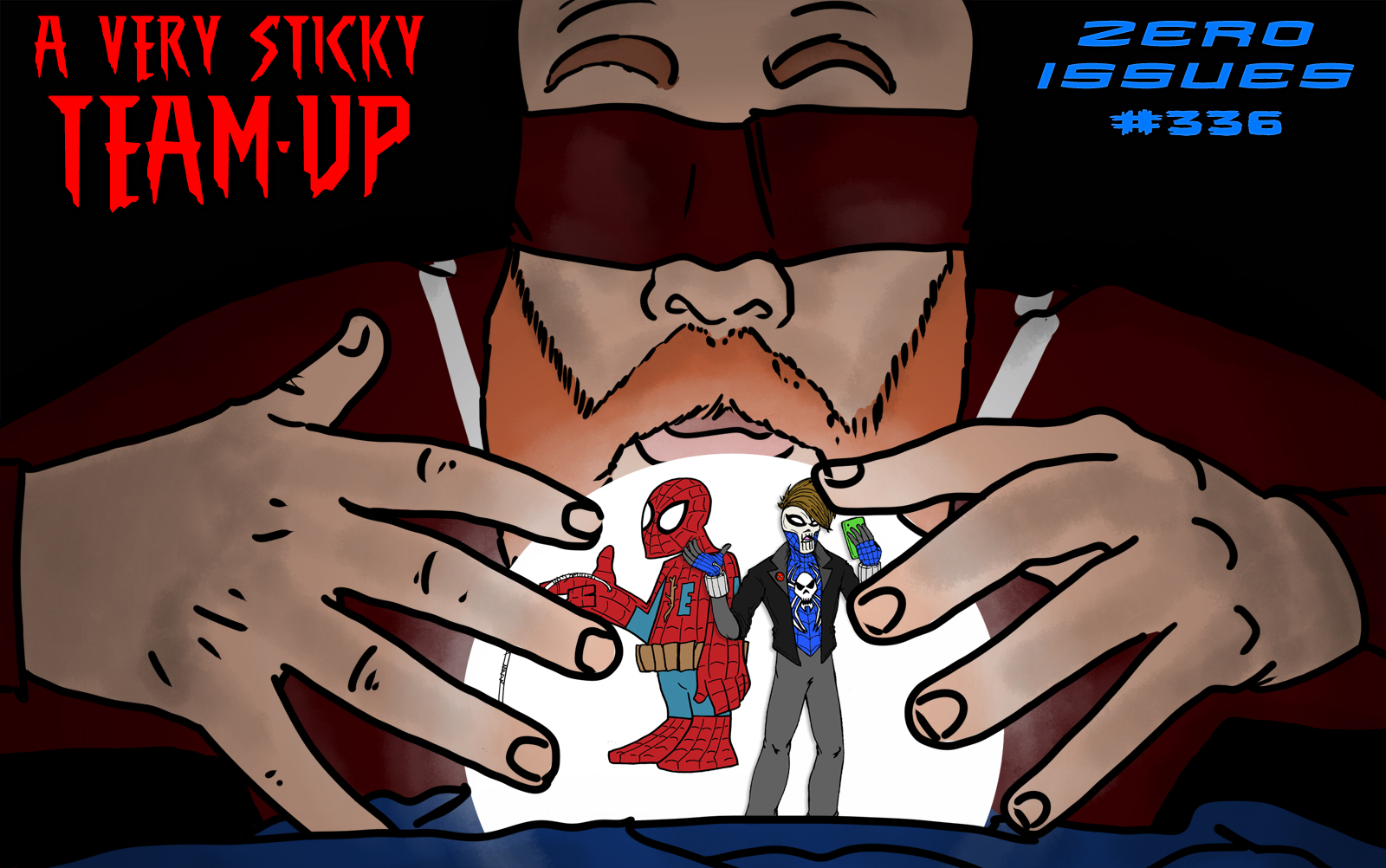