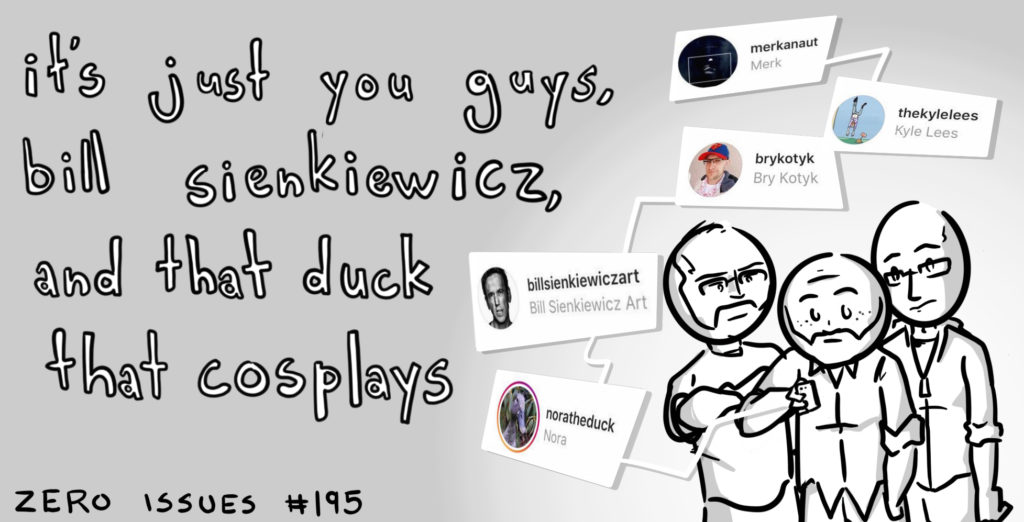 A new year has arrived, landed upon our doorstep like a much needed word of encouragement after a year of wtf moments. For the first episode of 2018 we do a year in review….we have to…. just to make sense of it all. The Marvel PR nightmare that was 2017 obviously dominates the look back but we also talk comics we enjoyed and then turn our gaze ever forward….. 2018, what will you bring? There is light on the horizon, starting with Snagglepuss. We also talk Diamond distribution. What will the year bring for the monopoly? And personal creations… what are Bry, Kyle & Merk up to comic wise? All that plus- Kyle explores what superheroes do to make ends meet. Doc Oc’s Otto shop? And Bry has an episode of League of Baldos with our first bald woman entry!! And no, it’s not that woman from the Star Trek film. Join us!!!